Burglar Alarms 101: How They Work and How It Ensures Total Security For You and Your Family

Burglar alarms are highly effective and powerful security tools. With burglar alarms installed, you can always be sure that your safety and that of your properties are protected. But do you know how they work? Are you aware of the many mechanisms that make burglar alarms work?

Burglar alarms may come in many forms and configurations, but they all share the same essential engineering and mechanism. All kinds of burglar alarms rely on the main control panel that strictly monitors a network of motion detectors and door and window sensors. Through careful integration, all three elements work closely in ensuring the real-time detection of breaches in any of your residential or commercial property and the immediate response of authorities.

The simplest burglar systems monitor perimeter breaches.  They are set-up around homes and buildings. Perimeter breaches fire up instantly when a window is broken or a door is opened. This is possible through the manipulation of electric circuits. A perimeter breach system can either use an open-circuit or a closed-circuit.

Most burglar alarms use a closed-circuit system. This works by continuously running an electric current around a perimeter. As it constantly runs, users are alerted in real-time whenever the circuit is broken or cut when an intruder opens a door or window. When the electric current gets cut, the alarm system automatically gets activated. Closed-circuit systems also fire up an alert when burglars turn off electric power in the vicinity as this also makes the circuit broken.

Sensors for Your Doors and Windows

There are numerous ways to trigger a burglar alarm. The most common ones are sensors programmed and placed in doors and windows.

With door sensors, a burglar alarm system can be installed by embedding magnetic switches in door frames that align with a magnet within the door. The activated switch completes a shut circuit. Once the door is opened, an alarm automatically fires up as the circuit gets broken. This design applies in window sensors where switches are placed in window frames.

How The Control Panel Works

Once an alarm is fired up, it will keep on sending non-stop alerts until a person of authority punches the alarm’s PIN into its integrated touchscreen or touchpad. The touchpad and the control panel are often never together. As an additional security measure, touchpads are often hidden to give burglars a hard time disabling active alarms and ongoing alerts to authorities.

Wireless alarm systems have the same mechanism, however, they utilize radio frequencies. With wireless alarm systems, control panels communicate using a wired or wireless connection that can be WiFi, cellular signal, or Bluetooth. Most smart systems like Z-Wave, use this kind of mechanism. 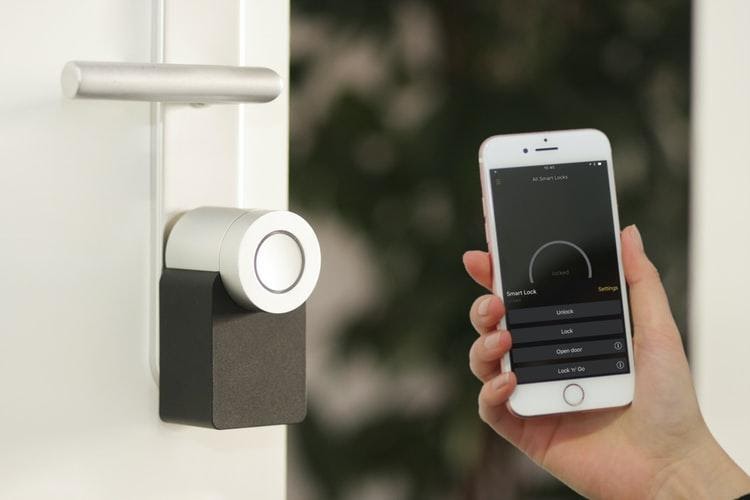 Perimeter breach systems do a good task of detecting burglars that have trespassed into a property. But what about other areas around the building? What if the burglar managed to get in without firing the perimeter breach? Well, this is why we have motion sensors.

Motion sensors use microwave energy that is emitted in short bursts. Such short bursts bounce back every time using the same pattern. When a burglar enters a room, such a pattern will be broken. The very moment that a different pattern is received, alarms and alerts to authorities will be set-off.

With motion detectors that use photo-sensors, light beams are used. Light sensors are used to create circuits. The very moment a sudden movement blocks a light signal, the sensor panel gets activated and due alarms and alerts are fired up automatically.

Passive infrared is also utilized by highly advanced motion detectors. Such detectors can detect heat inside any space or room. The very moment that infrared energy is detected from the body heat of a burglar, alerts, and alarms fire off.

Burglar alarm systems are potent security tools as audible alarms are heard in real-time whenever any form of perimeter or property breach is detected. Such an alarm can instantly alert any person in the vicinity. It also effectively scares away burglars.

When sensors are fired up and alarms are blared, alerts are also automatically sent to security companies. Security companies will then instantly get in touch with emergency contact persons for such an address. As the alarm sets off, an active checking of the actual situation in the vicinity will take place. In worst-case scenarios and emergencies, police authorities or the fire department will be contacted.

Do you want to set-up a robust perimeter breach alarm system at your home or business office? Do you have a need for motion sensors? Know that you can rely on Casa Security for all your burglar alarms Perth concerns. You need not be overwhelmed as we can set-up everything for you. Feel free to contact us anytime.

Why You Need Home Master TMAFC-ERP?